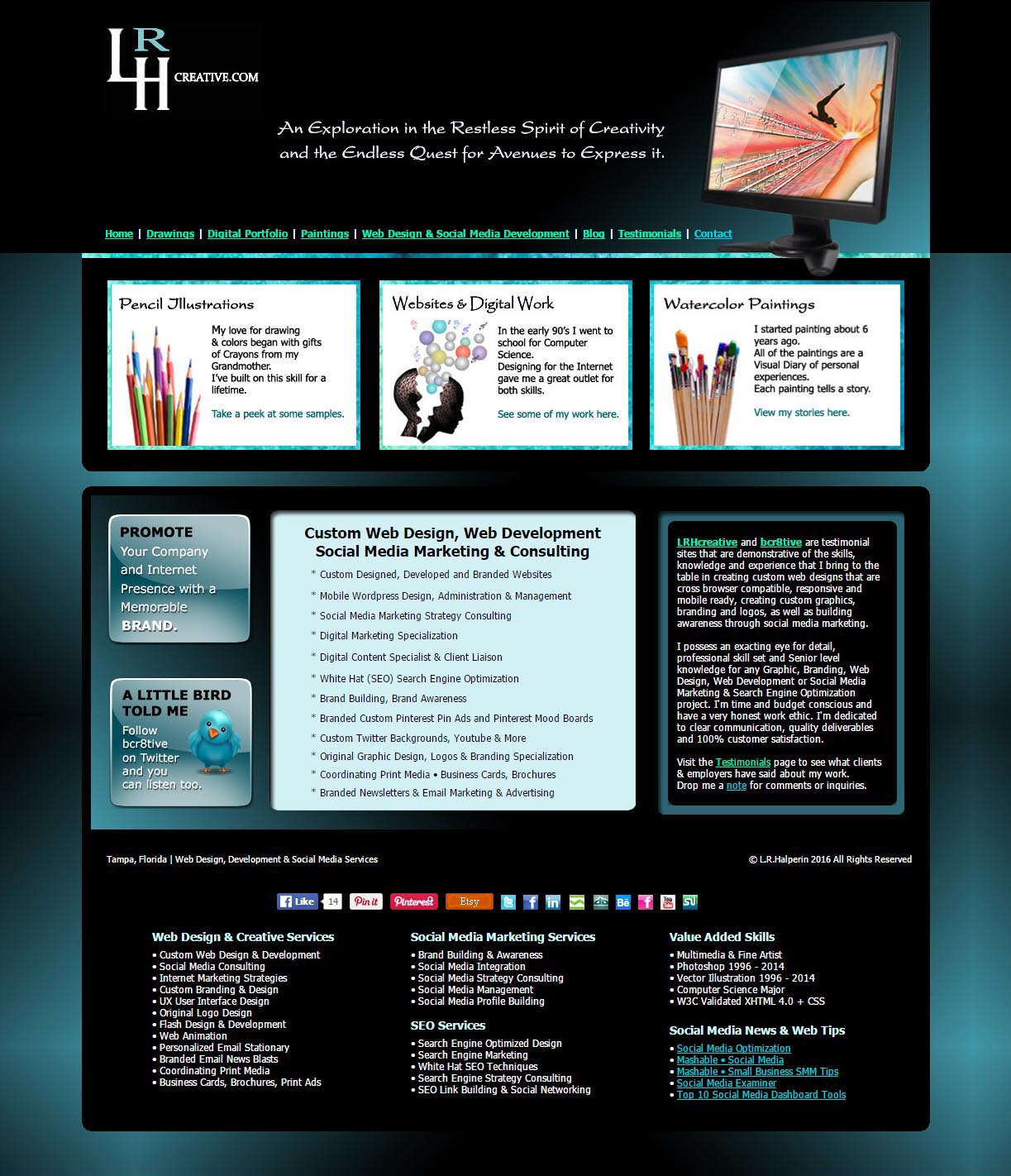 This is the past iteration of LRHCreative.com – there have been several over the years and I was reluctant to retire this version. I’m still fond of it but it wasn’t mobile and would have been a horror to adapt it to be so. What I was especially proud of in this version were some of the tricky little design features that I managed to bend the html to conform to. Some of them are nearly impossible to replicate safely now when they have to be device independent and some things that we could do in table formats, can’t be done now with CSS divs. Sometimes, it’s like saying goodbye to an old car. Even though you love the new one, you spent a lot of time with the older one and it felt like family.